Owls in Community Reserves: There is hope yet

Human activities have led us to the point where species are disappearing before we have a chance to understand their ecology. Owls in the tropics are one such group of species. Due to their nocturnal and elusive nature, lack of reliable population estimates or other information on their ecology, many species of tropical owls may be declining right under our noses.

India hosts a treasure trove of biodiversity which includes 36 species of owls. But we still know practically nothing about most of them, except for a rough idea about their distribution and some anecdotal information. These predators of the night are however, key components of ecosystems, controlling prey populations, acting as indicators of biodiversity and occupying important roles in myths and cultures around the world. In human-dominated agricultural landscapes, owls like the Barn Owl and the Little Owl even act as biological agents of pest control.

Many species of owls in Europe and North America are undergoing declines, but we have this understanding only because of decades of previous research and large-scale bird atlases. If we want to have this kind of knowledge on tropical owls and decide which species need to be prioritized for conservation, we have to start now.

The study for which I find myself nominated for the BioOne Ambassador award was actually part of my master’s dissertation, which took me to a remote part of the Garo Hills in north-east India, falling within the Indo-Burma region, a biodiversity hotspot of the world. My objective was to identify the various factors that influenced the distribution of owls in the region. There, I lived with the indigenous people of the Garo tribe and surveyed owls in and around Community Reserves. These Community Reserves are a special kind of protected area, where the land ownership remains with the local people, who manage the reserves together with the state forest department. I also collected data on vegetation structure from the field and variables relating to terrain structure and distance to water bodies and settlements from satellite imagery. This allowed me to relate the occurrence and abundance of owls to these variables and using statistical models, find out which variables influenced the distribution of owls the most.

My results showed that different variables influenced each species of owl that I recorded. The small Mountain Scops Owl avoided water bodies and was found in areas with larger gaps in the forest canopy. On the other hand, the Collared Owlet, which is the smallest species of owl in India, did not really seem to care about specific habitat characteristics much and was hence a habitat generalist. The third species, the imposing Brown Wood Owl which is thought to be in decline and the largest among the three, preferred areas with gentle slopes, closer to water bodies. The species also occurred higher in areas with large-girth trees, the cavities of which the owl nests in. A closer look at my data showed that the Community Reserves were the places that, on average, housed the trees with the largest girth.

While I went to north-east India with an ambition to study owls, once I got there, I realized that people, protected areas, owls and their habitats were all interlinked. But if someone were to still ask me how my study in a small part of north-east India could change the world, my answer would be: “Hope”. The hope that studies like mine inspire more people to study owls and other lesser known species in the tropics, allowing us to learn more about the fantastical species that exist here and about what is happening to them. My study also shows that there is hope for these species yet, and that collaborative efforts in establishing protected areas along with indigenous people haven’t been for nothing.

Factors Influencing Habitat Use by Owls in a Mosaic Landscape in the Garo Hills, Northeast India 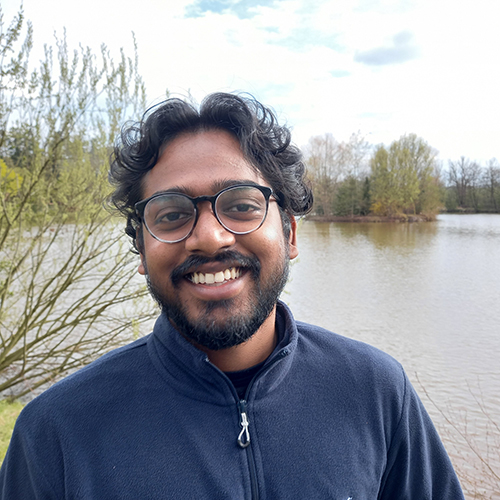 Owls in Community Reserves: There is hope yet
Nominated by the Netherlands Ornithologists' Union

S. Sangeeth Sailas’ journey in ecology and conservation started during his undergraduate days in southern India, where he started watching birds on his college campus. Then, after a master’s in Ornithology and Conservation Biology, he moved to the Czech Republic, where he is currently pursuing a PhD on the conservation ecology of owls.

One of the first experiences that I had in the field of ecological research was to conduct surveys for an endangered species of owl in central India. Later, I and a classmate of mine found a new distribution record for the Oriental Scops-Owl in our college campus in Chennai while we were studying for our bachelor’s degree. When I started my master’s, I realised that owls were extremely understudied in India and in the tropics in general. That made me determined to study them for my master’s dissertation and habitat ecology of owls seemed like the right place to start, because that forms baseline information that we can use later if we need to prioritise areas for their conservation. Also, at the time, my institute had a project on Community Reserves running in north-east India, and so my supervisors and I decided to connect this dimension of protected areas managed by indigenous people with habitat ecology of owls in my study.

In north-east India, where I did my study, Community Reserves form the majority of the protected area network. These reserves are quite interesting because the land on which these reserves are set up are still owned by the local, indigenous people and they manage the reserves in consultation with the state forest department. My results showed that Community Reserves actually seem to be acting as refugia sites for the Brown Wood Owl, an old-growth forest specialist in decline. This contributes to evidence that these reserves are actually making a difference for biodiversity. My hope is that these reserves multiply and stay protected, while collaborations between indigenous people, government officials and researchers continue to grow and benefit biodiversity.

My long-term goal is to work on the conservation and ecology of tropical raptors. Currently, I am in a temperate region far from home for my PhD, where I am trying to explore varied topics and learn as much as I can from here, before my return home. Next year, I am hoping to start a project on interactions between and within owl species, and also analyse data from bird atlases to see how the habitat preferences of the Little Owl and Barn Owl, both farmland species that are declining rapidly, have changed over the last 50 years in the Czech Republic. I am quite excited about both of them, but like I said in the beginning, my long-term goal is to work on ecology and conservation of tropical raptors. I am keenly interested in exploring how anthropogenic activities might be negatively and positively influencing different aspects of raptor ecology and behaviour.

For information about the Netherlands Ornithologists’ Union, please visit their website: