What images come to mind when you think of the Himalayas? Lofty snow-covered mountains, dense green forests, and a few small villages or towns? While this was true decades ago, today’s Himalayas have not gone untouched by rapid population growth and urbanization. Around 54 million people currently live in the Himalayas, a staggering 250% increase from 1960. Small villages have slowly turned into towns – some even into large cities. Urban development is hailed for bringing healthcare, education, and prosperity to Himalayan communities. However, its rapid pace and unplanned nature keeps urban development researchers like myself awake at night.

We are concerned about three particular things. First, the Himalayas are a young, active mountain range, prone to earthquakes and landslides. Large, dense human settlements are laying the foundation of their urban dreams on shaky terrain. The 2015 Kathmandu earthquake was a stark reminder of the massive destruction earthquakes can visit on the Himalayas. Second, the impacts of climate change are likely to manifest as unpredictable weather events like extreme rainfall in the Himalayas. This represents an added peril for urban settlements, exposing them to flooding and landslides. Finally, and closest to my research, there is the reality that cities are being built in an unplanned fashion, without adequate consideration for safety measures, like earthquake-resistant design or proper drainage.

To understand the current tools and knowledge, regarding building construction and urban development, available to residents and city planners in the Himalayas, I travelled to Almora. Almora is a small but rapidly urbanizing mountain town of roughly 50,000 residents, situated in India’s Uttarakhand Himalayas. Prior research indicated that the urban area in Almora grew by 100% between 2001 and 2010. I talked to 150 residents about the experience of building their homes during this period and the ways and means they used to address risks like earthquakes, landslides and flooding. While I expected people to talk about building regulations and land use plans provided by the municipality, it turned out that about 93% of the participants relied solely on information provided by private contractors and masons. One reason for this was that Almora municipality lacked a formal land use plan to guide residents regarding land suitable for construction.

I then visited nine building sites and talked to masons and contractors. I was hoping to hear about rich vernacular traditions for addressing risk in Himalayan constructions. Instead, current building professionals did not work with traditional materials like stone or wood or use traditional risk reduction techniques. These materials have become expensive over time and craftspeople who work with them are fast disappearing. Mass produced materials like concrete and steel, which are imported into the Himalayas, are now more readily available and affordable. The problem, as I point out in my research, is that concrete is an engineered material that requires formal training. The building professionals in the Himalayas, however, do not have access to proper training and are largely self-taught. This mismatch between skill and material can result in weak structures that are highly vulnerable to earthquakes and landslides.

The results of my research left me rather worried. I felt there was a need for serious conversations on how to address these knowledge gaps. So, I organized a workshop with the help of a local environmental NGO and used my research results as a basis for communication with residents, building professionals, municipal employees, and academics. One key recommendation that emerged from our discussion was the urgent need to upgrade the skills and knowledge of local building professionals on addressing risk in the construction process. The local disaster management center was identified as a potential partner for this. Another long-term recommendation for municipal authorities was to inform, encourage and incentivize residents to employ trained building professionals.

Our discussions made quite a splash in town, receiving coverage in the local newspaper and expanding the conversation on addressing urban risks in Almora’s development process.

Ever-increasing population and urbanization trends in the Himalayas indicate that talks on risk reduction and climate change adaptation need to be loud and frequent. As Himalayan cities busy themselves with building an urban future, urban planning researchers need to engage with the unique socio-economic conditions of the Himalayan cities and present context-specific solutions to tackle urban risk by engaging local communities as equal partners in the process.

Caught Between a Rock and a Hard Place: Formal and Informal Urban Risk Knowledge in the Uttarakhand Himalayas 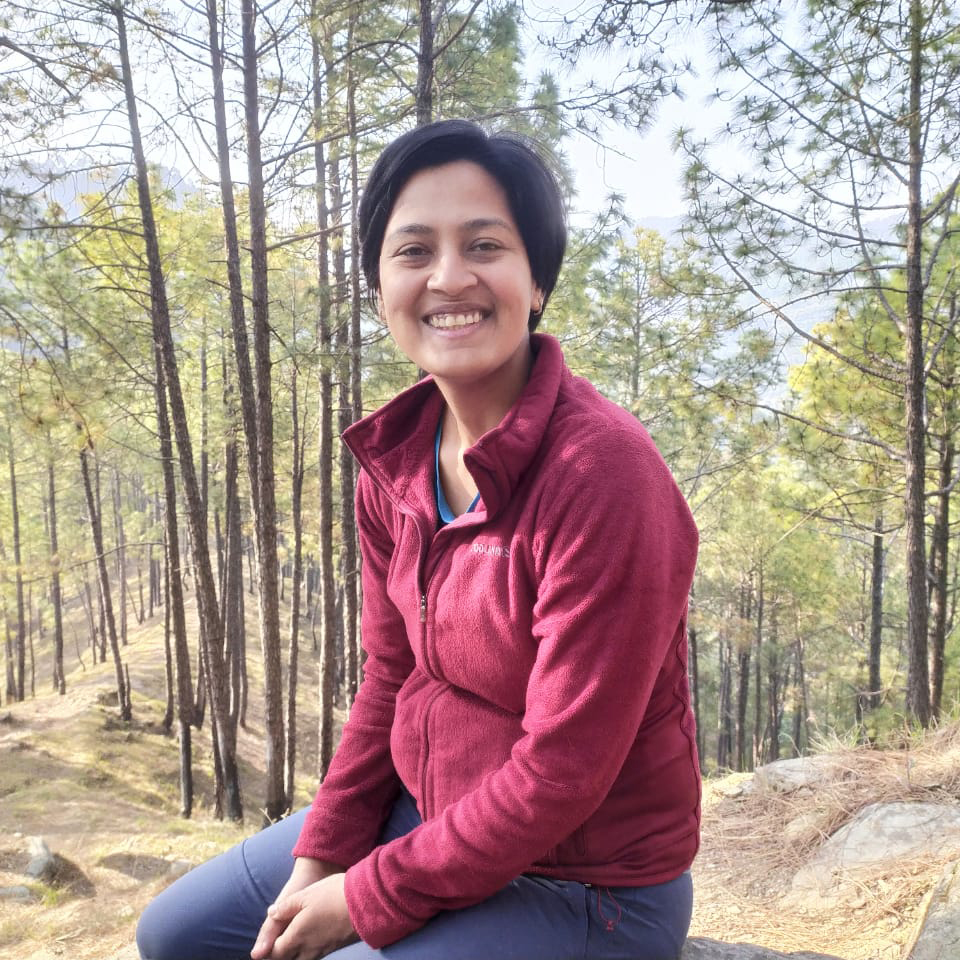 Dr. Neelakshi Joshi a social scientist, urban planner and architect interested in the social dimension of sustainability transformations. She is currently a post-doctoral researcher at the Leibniz Institute of Ecological Urban and Regional Development in Germany. Her research interests include sustainability, governance and transformations in socio-ecological systems.

I grew up in the Himalayas and have seen it transform through the processes population growth and urbanization in the last three decades. As an urban studies scholar, I was motivated to understand how people navigated physical risks inherent in the Himalayas against the fast pace of development.

My research currently focuses on socio-ecological system transformation for addressing climate change. I intend to look at both adaptation and mitigation actions in cities and regions across the geographies of the global North and South. As a social scientist I enjoy working with communities taking action on climate change and work as a partner to co-create projects.

For information about the International Mountain Society, please visit their website: