Responses were judged for their relevance and clarity. Read below to read Dr. Kaylee Byers’s winning summary, and learn more about her research.

When was the last time you saw a rat? If you live in a city, there’s a good chance you’ve had a rat encounter. Maybe you saw it carrying a slice of pizza up a subway stairwell, or you heard the pitter-patter of tiny paws underneath a dumpster. Rats are notorious for their ability to thrive in urban areas all around the world. But they’re also known for their capacity to carry bacteria and viruses that can make people sick, which makes them undesirable neighbours.

One of the disease-causing bacteria carried by rats is Leptospira interrogans. It takes up residence in the rat’s kidneys and splashes into city streets in their urine. From there, the bacteria can be spread to both people and other animals. In people, the bacteria cause a flu-like illness called Leptospirosis. This disease is a global public health concern, affecting over one million people and resulting in more than 50,000 deaths each year.

But, just because rats can carry Leptospira, doesn’t mean that they all do. Your risk of coming into contact with these bacteria depends on where you live. We trapped rats from 62 city blocks in Vancouver, Canada, and found that while some blocks had over 50% of their ratty residents carrying Leptospira, others across the street were Leptospira-free. What is it about some city blocks that make them more or less likely to have rats with Leptospira? And, can we use that information to reduce health risks for people?

From a distance, city blocks might appear to be similar, but up close they’re actually quite different. Some are mostly residential, filled with houses or apartments, while others have businesses like restaurants or grocery stores that produce lots of attractive rat bait. And the condition of the buildings matters too, since cracks or crevices can serve as rat homes or hideaways. To identify the environmental features that were associated with whether rats carried Leptospira or not, we wandered through alleyways and down sidewalks using a 58 item survey to gather information and create unique profiles for each block. We also counted the number of rats that we trapped in each city block because more rats could increase opportunities for the bacteria to spread.

Surprisingly, we didn’t find any evidence that environmental characteristics or the number of rats influenced whether rats carried Leptospira. Instead, the reason some city blocks have these bacteria and others do not, could be due to behaviours of the rats rather than characteristics of the urban landscape. The secret could be in the way rats move.

Although rats are known for embarking on long-distance journeys overseas, rats on the ground don’t seem to move that far. We know from other studies where we tracked rat movement that rats tend to stick to a single city block. In fact, using rat genetics we found that rat relatives were often caught within 33 meters of each other. These data suggest that rats rarely move between city blocks in this neighbourhood, with roadways acting as a barrier. If rats stay close to home, then the bacteria they carry don’t have an opportunity to travel either. This clustering of rats and their bacteria can reveal why our societal approach to controlling rats is not working.

Rats are just one part of a complex urban ecosystem. Yet in terms of management, we tend to rely on simple responses. If you have rats on your property you might call a pest control professional to remove them from the premises. But our work shows that rats readily move along alleyways and among properties within a city block. In fact, some of our previous research reveals that removing rats from a block can increase the proportion of surviving rats that carry Leptospira. We think that removing some rats can change how they interact with each other in ways that increase the rate of bacteria transmission among individuals. And so, some approaches could actually heighten public health risks.

Instead of focusing all of our energy on eliminating rats or only managing a few characteristics of the urban environment, we could look for other opportunities. This might involve a shift from managing the rats to managing the physical and mental health harms associated with encountering them. To do this we need to better understand how rats interact with people and the urban environment. And to do that, we could start by asking folks about the last time they saw a rat. 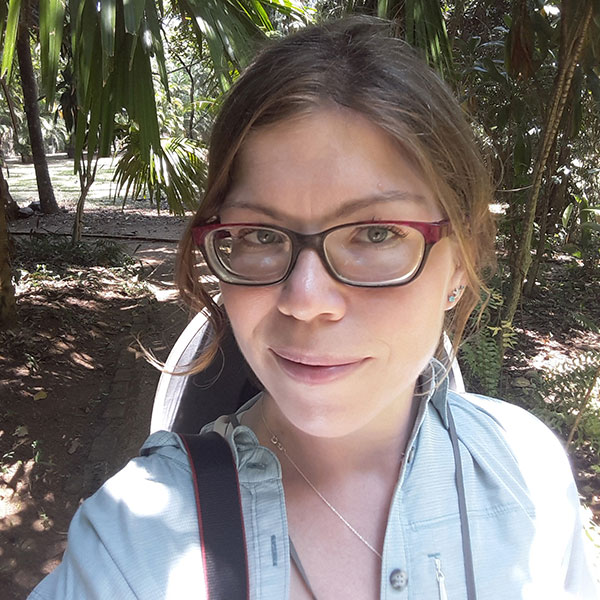 Location, Location, Location: Rats, Real Estate, and Public Health
Nominated by the Wildlife Disease Association
Dr. Kaylee Byers is the Deputy Director of the British Columbia node of the Canadian Wildlife Health Cooperative and a postdoctoral fellow in the School of Population and Public Health at the University of British Columbia. Kaylee is the co-founder of Nerd Nite Vancouver and co-hosts the Nerdin’ About podcast.

I am a scientist who is interested in issues that intersect animal, human, and ecosystem health. I am particularly interested in studying rats because they are commonly encountered urban wildlife and because interactions with rats can impact the physical and mental health of people. Rats carry a number of pathogens – disease-causing bacteria and viruses – that make people sick, but there is still relatively little information on why some rats carry pathogens and others do not. By exploring how the urban environment and rat ecology are associated with whether rats carry pathogens, we can devise evidence-based management strategies that mitigate human health risks.

The Vancouver Rat Project is, at its core, a stakeholder-driven program that aims to better understand the needs of communities and municipalities in addressing rat-associated issues. Our goal has been to use the information gained through the project to pivot away from the centuries-old approach of exterminating wildlife to strategies that facilitate healthy coexistence. This shifts the focus from managing rats themselves to managing the complex nature of how rats interact with people and the environment. In so doing, we highlight opportunities for policies and practices that consider rats as part of urban planning and management. This integrative approach is one which promotes an urban ecosystem that is healthy for all inhabitants.

For information about the Wildlife Disease Association, please visit their website: