“What are the broader implications of your work, and how does your work impact the public at large?”

Responses were judged for their relevance and clarity. Read below to read Fernando Medrano Martínez’s winning summary, and learn more about his research.

From the Deep Sea to the Aridest Desert in the world: A Story on the Atacama’s Storm-Petrels

Can you imagine that there are breeding seabirds in the middle of the driest desert of the world, and that even there, they are under considerable threat because of human activities? In our research, we discovered breeding colonies of the Markham’s storm-petrel (Oceanodroma markhami)—a 50-g seabird—in the middle of the Atacama Desert, with almost no other living creatures present. This phenomenon is very exceptional for petrels, a group of birds that spend most of their lives at sea, and only see land during breeding.

Our discoveries suggested that other little-known storm-petrels could also be breeding there. In fact, during our research we also found the very first known breeding colony for the Ringed storm-petrel and for the White-vented storm petrel, for which little information was formerly available.

Unfortunately, this research also uncovered an ecological tragedy. Several thousands of storm petrels die every year due to the light pollution caused by cities and industrial complexes, under what were formerly the clearest skies of the world. Artificial light cause the birds to be disoriented when flying to sea from the colonies. In addition, there were plans for installing industrial projects at the breeding colonies themselves.

On the other hand, we used our article in Ardea for assessing the global risk classification of the species. Also, was the foundation for a new conservation plan for the species, which encompasses initiatives for creating protected areas at the breeding colonies, and reducing light pollution in the Atacama Desert. 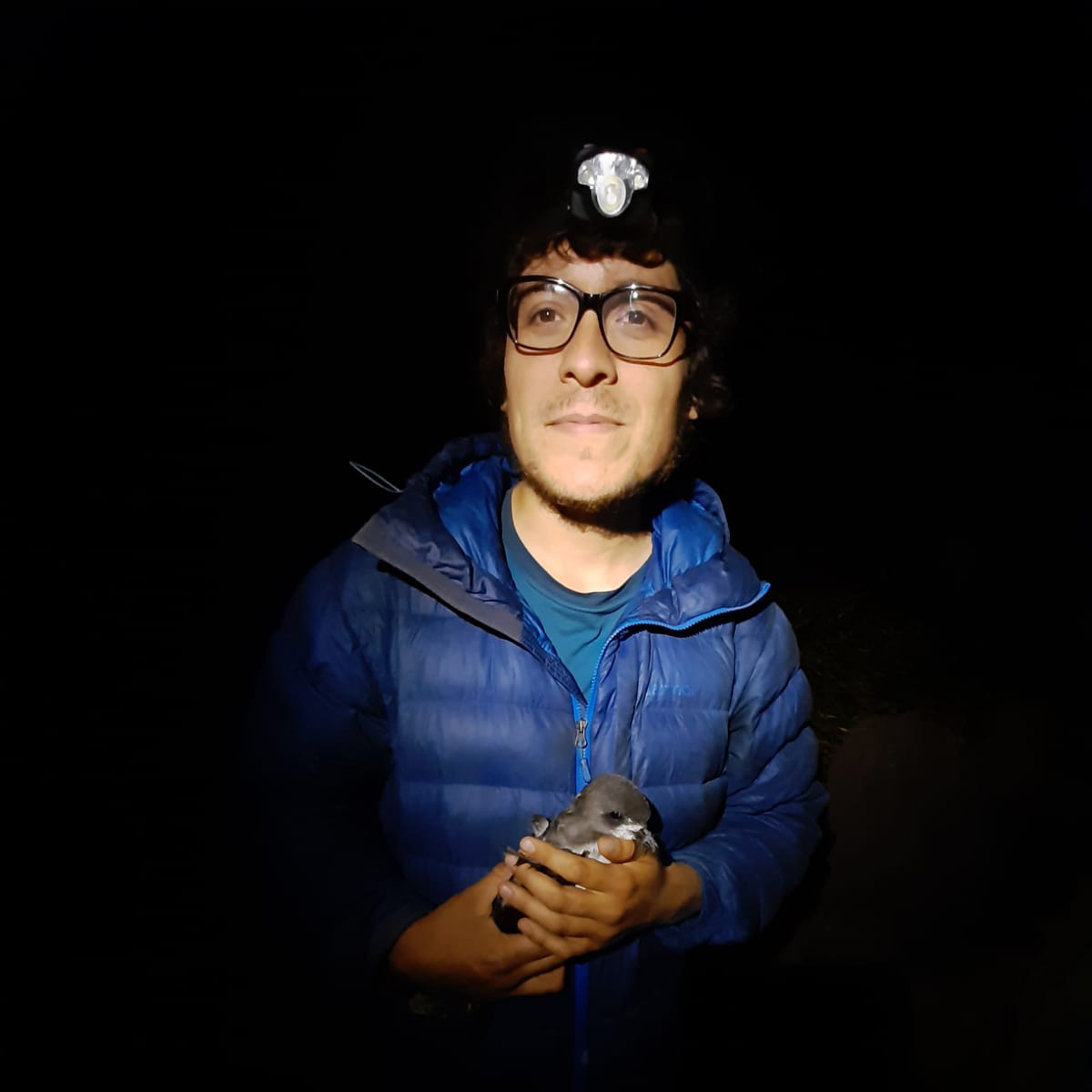 From the Deep Sea to the Aridest Desert in the world: A Story on the Atacama’s Storm-Petrels
Nominated by the Netherlands Ornithologists' Union
My interest for birds started in 2008, when I learned to recognize the urban species of the neighborhood where I grow up, in Puente Alto, Chile. Since them, I started a way of no return, learning on bird banding techniques with a local NGO (Red de Observadores de Aves y Vida Silvestre de Chile ROC) which strongly changed my life. Simultaneously, I joined to the fieldwork of the Wildlife Ecology Lab of the Universidad de Chile, where I learned several techniques of bird monitoring. When I finished my undergraduate degree, started writing my first natural history notes for local ornithological journals, and got more closely related with ROC. With the people of ROC, we led the first breeding bird atlas for Chile, and started to work with storm-petrels in the Atacama Desert (mainly Markham’s, Ringed and White-vented storm-petrels). In that project, we also arranged the protection of these species and led the conservation plan. I’m currently conducting a PhD in the Universitat de Barcelona, focused in understanding the drivers of speciation in storm-petrels.

One of the main factors that influenced both in the article of the Atacama ’s storm-petrels and in my current research field is that the storm-petrels are among the least-known bird species in the world. In this group, the natural history and the threats for most of the species are only shallowly described. For this reason, it is urgent to go forward in the knowledge of the species. Hopefully, in the last decade technological advances has allowed to get novel information on their ecology and natural history of some storm-petrels, providing -for example- the outbreaking information that such small birds could cover more than 1400 km in just one trip, while searching for food for their chicks.

A person who has been crucial influencing my career is Rodrigo Barros, who is one of the leaders of the Atacama desert storm-petrels project. Rodrigo was one of my teachers of my first bird-banding courses, and from the beginning he has shown an admirable love for birds, and in how to advance in their knowledge. Rodrigo also has the incredible capacity of watching the gaps in the bird knowledge, and in creating ways for filling those gaps. Remarkably, he works as an architect, and ornithology is only his secondary activity, which shows his passion for the bird conservation. I also learned from him that one of the best ways for discovering new issues is always in collaboration with other scientists or with citizen scientists. Through the creation of ROC, he also has marked the path for several other young ornithologists of my generation.

An important lesson for us, it was the fact that life can blossom even in apparently wilderness environments. The erroneous idea that the desert is devoid of life, have had impacts on the populations of the storm-petrels that we studied (and in other fragile species), since no mitigation or compensation measures were done in the past for avoiding the impacts of the industrial growth.

Widely, in South America, there are so many natural history gaps (either in birds or in the wildlife in general) that firstly I would advise to identify the gaps on your own field. You probably could identify dozens, or even hundreds! So, in my belief it is relevant to prioritize those gaps that can determine the fate of the populations of some species. Whenever possible, try to collaborate with all the people who could contribute to fill the gaps. Creating collaboration networks is always positive!

For information about the Netherlands Ornithologists’ Union, please visit their website: