BioOne PROUDLY ANNOUNCES the winners of the 2019 BioOne Ambassador Award. This award honors early career authors who best communicate the importance and impact of their specialized research to the public.

These five individuals from five publications were selected from a large pool of nominees put forth by BioOne’s publishing community. BioOne invited nominees to submit a 250-word, plain-language summary answering the question:

What are the broader implications of your work, and how does your work impact the public at large?

The responses were thoughtful and enthusiastic, and we gratefully acknowledge each participant. Selection was difficult, and it is with great pleasure that we present the winners, in alphabetical order by society. 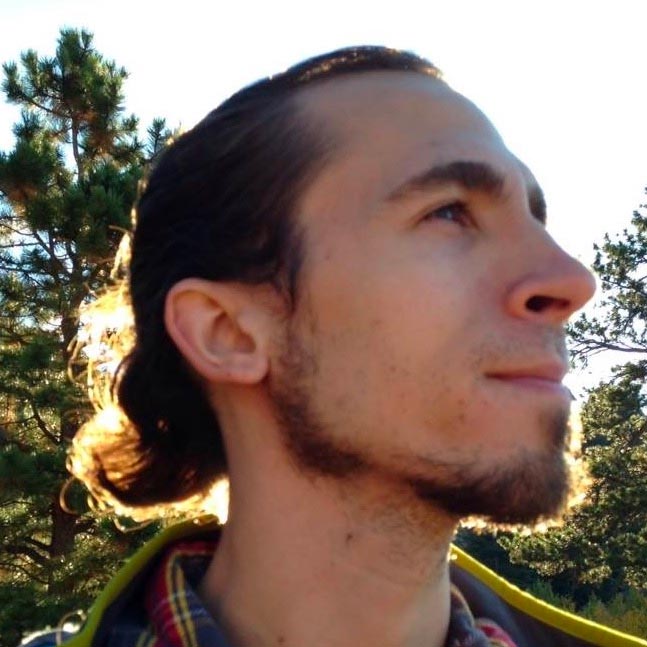 How much human-related disturbance does it take to affect the future of a wildlife population? Turns out not much. The Louisiana Waterthrush (Parkesia motacilla), aptly nicknamed the “feathered trout,” breeds only along forested headwater streams and feed primarily on aquatic insects. This bird declined in abundance during a 6-year study despite only 5% loss of forest cover at our predominately forested study site. The birds nesting along streams disturbed by unconventional shale gas development were not producing enough young birds each year to offset annual mortality of adult birds. Our study is one of the first to demonstrate that shale gas development reduced reproductive success in a wildlife population, both by the presence of shale gas infrastructure and indirect effects to stream health and aquatic insects. Surprisingly, forested headwater stream ecosystems globally are overlooked for regulation despite their critical role in providing nutrients and organic matter downstream, not to mention an important source for public drinking water.

Countries around the globe are increasingly using hydraulic fracturing techniques to decrease their reliance on natural gas imports and unlock shale gas buried deep in rock layers. The North American Central Appalachian region has experienced the quickest growth in unconventional shale gas development, resulting in the United States recently becoming the world’s number one exporter for natural gas. However, development has outpaced the ability to implement best management practices for wildlife that may be affected, an alarm sung by the “feathered trout in the coal mine.” 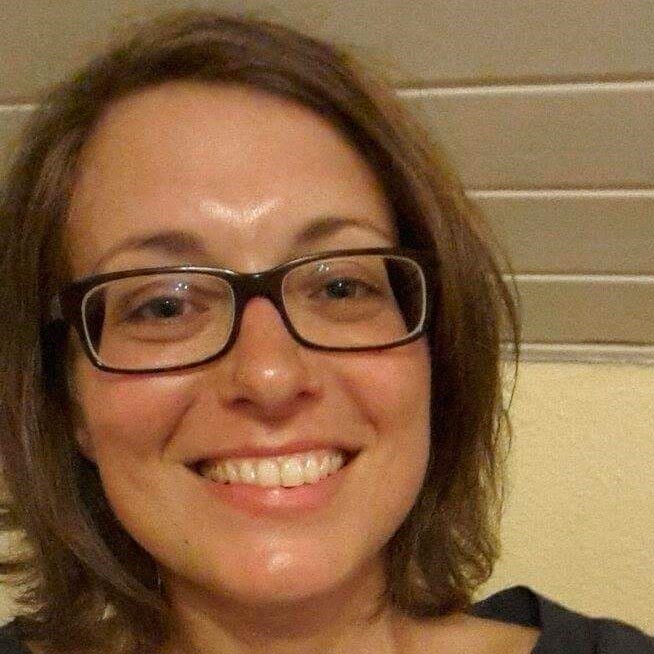 How can we plan a nature reserve when that habitat may not be there in a few years’ time? Animals often escape rising temperatures of climate change by fleeing to cooler zones. But how do we know where these new refuges are going to be?

Tropical forests are among the most species-rich, yet most threatened areas on Earth – essential refuges for unique species found nowhere else. These forests are already being decimated by logging and cleared for farming. If we do not prepare for climate change, they may be lost altogether.

In these forests, many species move uphill, where temperatures are lower. When creating a protected area, we thus need to locate it further up than where our target species lives now. But where exactly? How much further up?

My co-authors and I developed a toolkit which allows anyone to work this out. Our method allows to map the most important refuges for a species, depending on the intensity of climate change. With our toolkit, we determined that a threatened parrot of the Andes will move about 250 m uphill into a largely deforested area. We can now proactively implement conservation measures there, restore the forests and protect them, to ensure the parrot will still find habitat in the future.

The greatest advantage of our toolkit is that it can be adapted to many species and locations. We expect that installing these ‘forests of tomorrow’ will become a key asset in preserving biodiversity for future generations.

Funding for this research was provided by the Mohamed Bin Zayed Species Conservation Fund (Project 13257994), Club300 Bird Protection, and the Loro Parque Fundación. 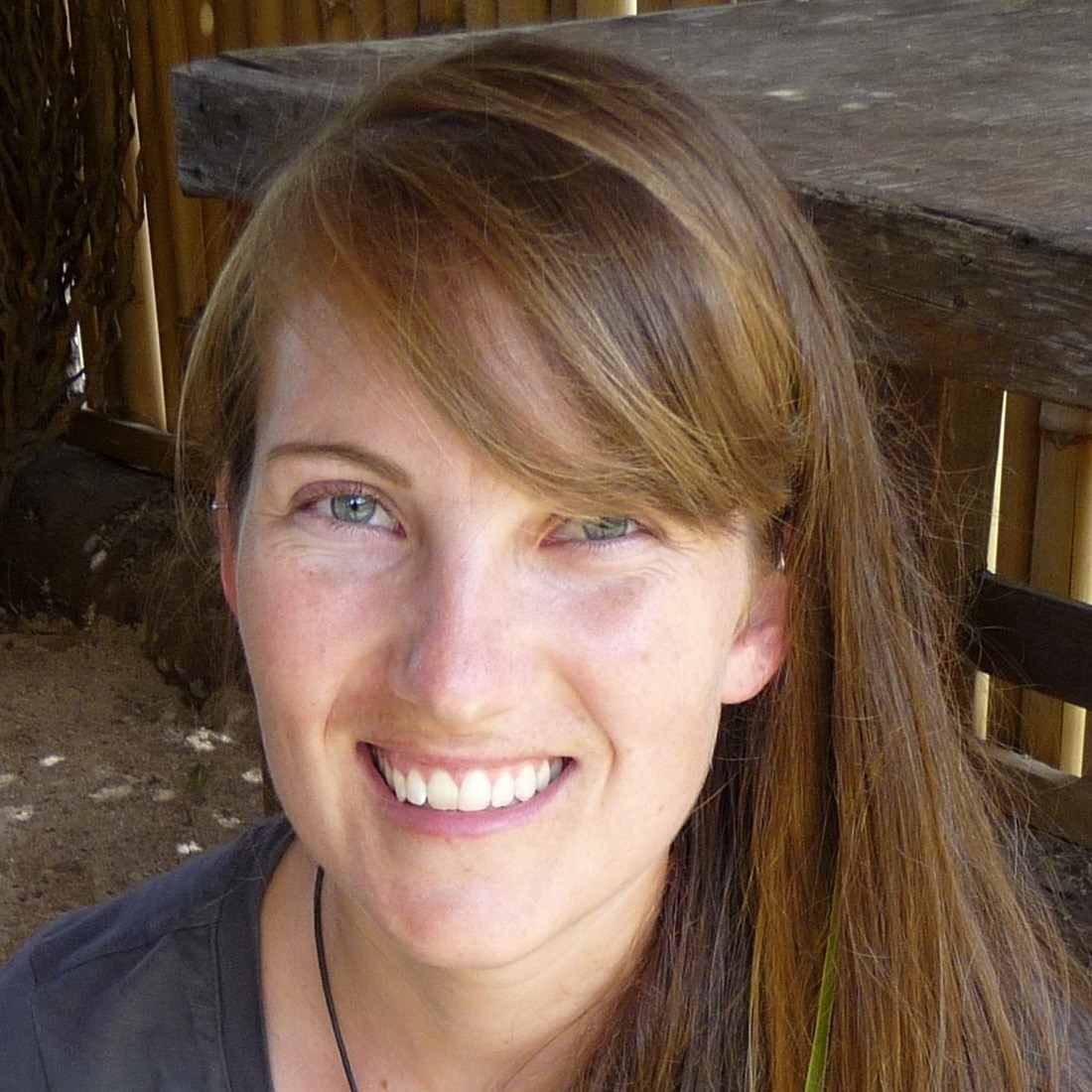 You Are What You Eight
Nominated by the American Malacological Society
Imagine you have an underwater time machine and travel back to prehistoric California. What would the kelp forests look like before humans? California’s network of Marine Protected Areas (MPAs) give us the opportunity to observe the kelp forests as they used to be, untouched and pristine. MPAs also allow scientists to study healthy ecosystems and the kelp, fish, and predators that call these places home. My research compares octopus diets inside and outside of MPAs to discover how protected areas affect octopus populations. I used a method called stable isotope analysis, or the “you are what you eat” method. I found that octopuses inside MPAs eat different diets than octopuses outside of MPAs, even though the same food was available in both areas. Since fishers outside of MPAs are allowed to take large animals that prey on octopus, the presence of octopus predators varies immensely between areas. The results of this research suggest that octopuses may be adjusting their hunting habits depending on how risky it is to be captured by predators. We know octopuses are smart enough to make these decisions. This research is evidence of the hidden interactions between predators and prey inside and outside of MPAs. Kelp forests protect our coastline, provide beautiful places to fish and play, and generate oxygen for us to breathe. Continuing to study predator and prey interaction will give us invaluable knowledge about how we can keep our kelp forests healthy and thriving. 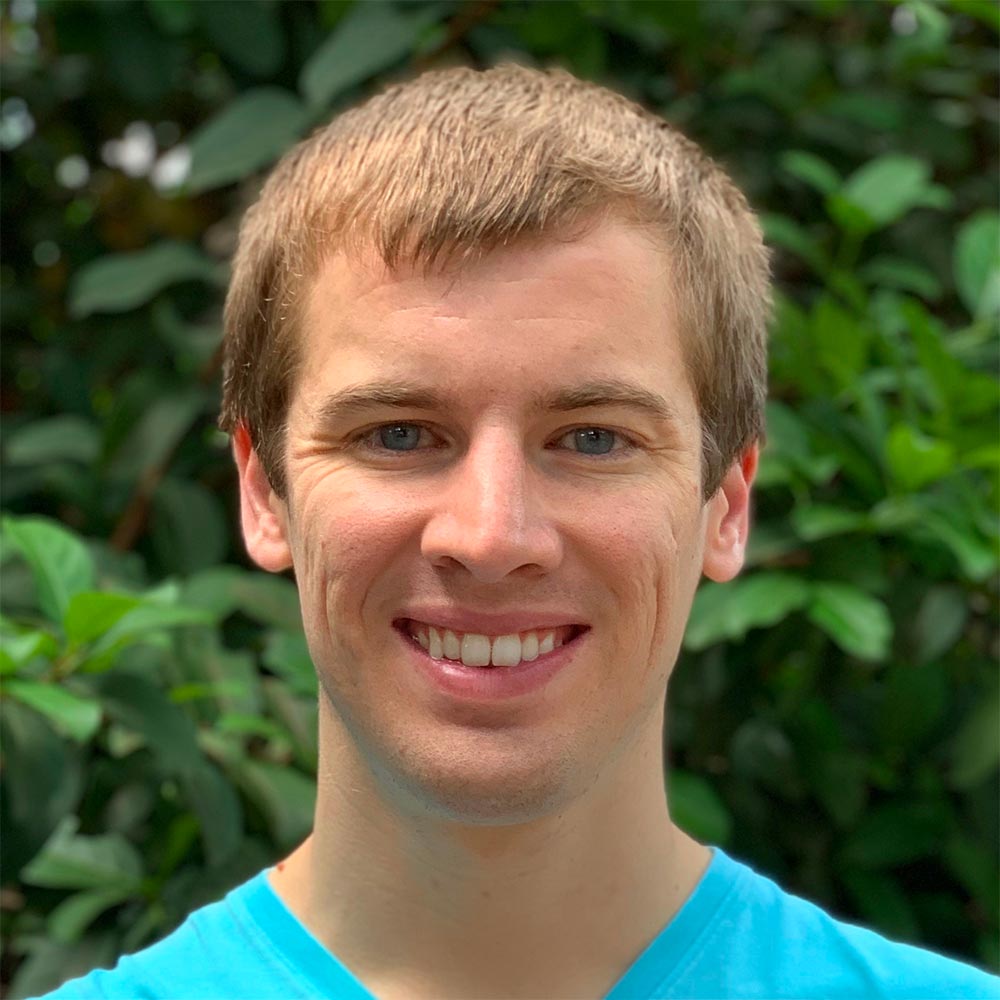 How did the tortoise cross the railway? An odd take on a classic joke, but this is no joke. The sad truth is that tortoises cannot cross railways. Railways are ubiquitous in our society, stretching for over 1,000,000 kilometers globally. Much like roads, railways cause many issues for wildlife. Animals lose their lives to trains, are trapped between rails, and their habitats fragmented by railways. Cumulatively, this causes smaller populations, inbreeding, and loss of adaptive potential which escalates species toward extinction.

Gopher Tortoises are cherished in the southeastern United States because of their lumbering, laidback attitude and because these keystone species dig burrows which provide shelter for over 360 species. Unfortunately, Gopher Tortoises are threatened with extinction due to habitat loss and fragmentation. Their loss could mean the demise of many other species depending on their burrows.

To reduce the impact of railways, we must first understand how tortoises are impacted by studying their movement and behavior around railways. Sadly, I found that railways are a near inescapable trap, causing tortoises to move less than expected by tortoises in unobstructed habitats.

How do we solve this problem? Digging trenches beneath the rails increased movement across railways and provided an escape route from entrapment. Although tortoises still face many threats, we believe that our study has helped raise awareness and critical thought about the impact of railways on wildlife. Even Florida’s SunRail™ has contacted me and is committed to making improvements to increase the survival of Gopher Tortoises and other wildlife.

Funding for this research was provided by the Florida Fish and Wildlife Conservation Commission (FWC). 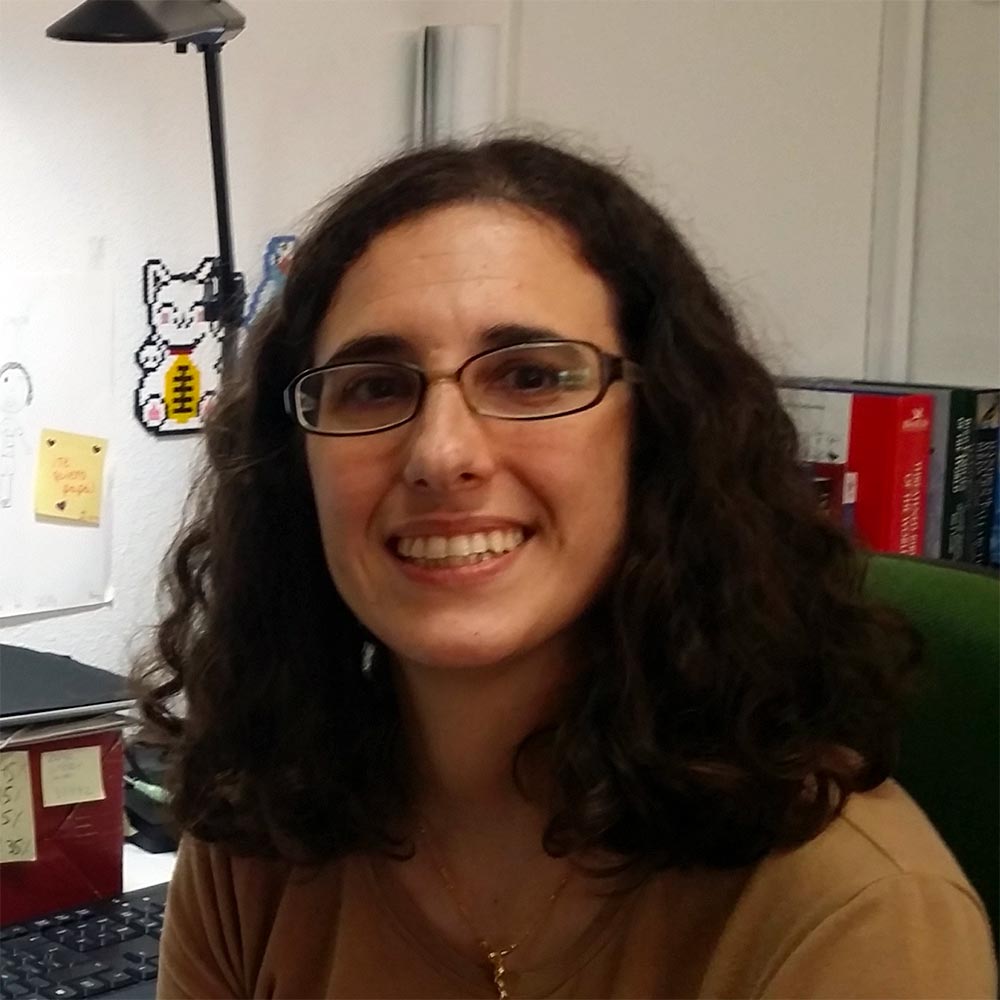 The Sorry Story of Pet Parrots
Nominated by the SEO/BirdLife

Parrots are a charismatic species. Their beauty and intelligence have captivated mankind for millennia. These features have attracted us so much that we have been taking them from their original habitats to lock them in cages as pets. Did you know that more than a MILLION parrots were legally imported to Spain in just under 40 years to supply the enormous demand of the exotic pet trade? And, did you know that several of those species have become invaders in Spain? How could this have happened?

Monk and ring-necked parakeets were popular pets in the 1990s in Spain, because they were cheap and cute. Thousands were imported every year. They have a dark secret, however. Their squawking is so annoying that many irresponsible owners just opened the cages and released them into an alien world. Some of these birds survived and thrived, and now the wild populations are counted by the thousands. Although the parakeet trade has been banned in Spain for years, other parrot species have replaced them and have already begun to settle in nature in the same way.

There are dire consequences of this legal trade, both in Spain and worldwide. They are not only a nuisance, they cause material damage and put the survival of native wildlife at risk. Even more importantly, these birds are a public health hazard, for parrots can transmit diseases to people. The consequences of your actions are important. So please, do not buy exotic pets. Without demand, there is no trade.

Funding for this research was partially provided by the Spanish Ministry of Agriculture and Fisheries, Food and Environment Spanish National Parks Network (Project 1098/2014). 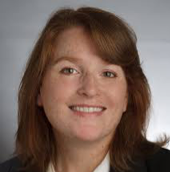 Ginger Strader Minkiewicz is the Director of the Smithsonian Institution Scholarly Press in Washington, D.C. She has worked in both the private sector and in the non-profit museums and institutions industry, including serving as Project Manager at Cadmus Communications and Director of Editorial Production at Rowman & Littlefield Publishing Group. Ginger earned her BA in English from University of Missouri-Columbia. In addition to a career in academic publishing and public administration, Ginger is a scholarly communications professional with emphasis on open science and on intellectual property. 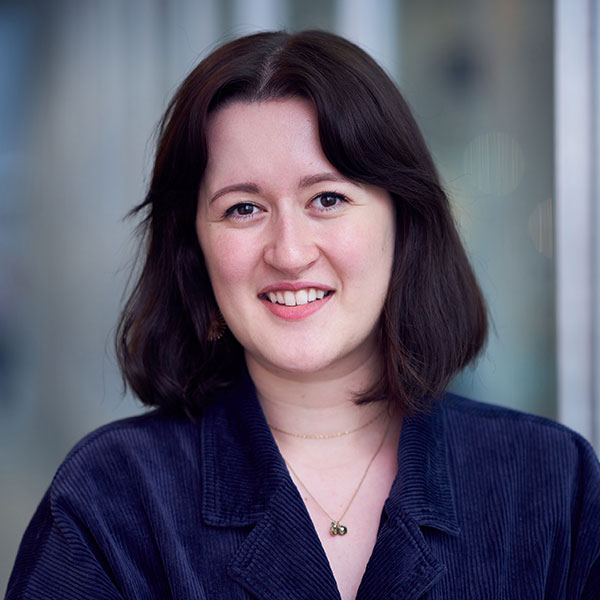 Fiona Muir is the Digital Content Officer at the Francis Crick Institute in London, a recently established not-for-profit biomedical discovery institute dedicated to understanding the biology underlying health and disease. Previously, Fiona was Managing Editor of Chemistry journals at Taylor & Francis. Fiona earned her BSc (Honors) in Physics from University College London (UCL). She subsequently developed an active interest in science communication, and earned an MSc in Science Communication from Imperial College, London.
BioOne extends its thanks to Fiona Muir and Ginger Strader Minkiewicz, who offered their time and expertise in selecting this year’s winners.